These NFT’s have been created to continue the funding of Wildlife Limited, a wildlife documentary company based in the UK. The company produced Walking With Elephants and is currently working on Donkeys, a documentary about the Chinese skin-trade. Wildlife is also partnered with International Animal Rescue to film bear and marine life rescue.s. 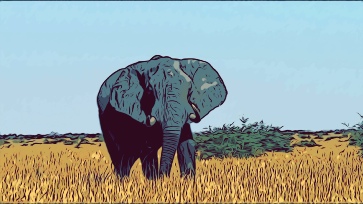 We have created 500 NFT’s from 100 five second animated African elephant clips. They are now only available on Opensea.

We have created 1000 NFT’s from 100 x 10 images for our first series of Soldiers in Uniform. They are currently only available on Opensea.

A collection by Deevee Net that presents the evolving of Soldiers in Uniform over a period of a four hundred years. The 1st Series of 50 is focused on the uniforms of the British Empire. The variety of style, colour and opulence is testimony to the global presence of a former military power.  From Australia to South Africa, Canada to India, these soldiers in uniform were a daily feature of the empire’s presence and its rule of law. Perhaps seen by many as representing oppression rather than security, these uniforms were worn by the indigenous soldiers who signed up to serve as peace keepers in their own countries. As such, Soldiers in Uniform form part of the history of each of these former colonies that are now nations in their own right..

We have created 1000 NFT’s for our first series of 100 x 10 images of Calendar Girls. They are only available on Opensea at this time.

In 1930s to 1960s USA, calendars were printed to advertise the goods and services of companies. Salesmen would give copies to their clients to the extent that most of the businesses in America would have one of these calendars on their walls. After the Second World War, the confidence of the victorious American nation was exhibited in an explosion of this calendar art. It epitomised the the feel good factor that now we can view in retrospect as the high point of American culture. Calendar Girls is a collection of this art, this culture, and reflects upon the ideal that better times had arrived, or at least were just around the corner. 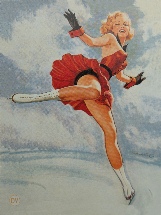 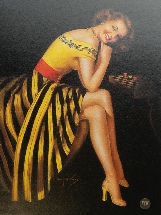 Children of the World is a collection of youngsters in their national dress. While many of the countries that are represented in the collection may have changed or moved with the times, the clothes they wear are still part of the national consciousness of each of the countries represented. Unfortunately we cannot cover the whole world in fifty images, but the choices we have made are representative of the amazing diversity of culture that exists. While the images are from the 20th century, we like to think that similar faces to the children represented can still be readily discovered  in our own century.

Movie Stars have been in the making for more than one hundred years. Before the coming of film, famous actors were celebrated stage performers that toured the world. With the arrival and the mass appeal of cinema, the actors never had to leave Hollywood to be recognised the world over. These early icons of the screen were the richest artists the world had ever created. They were idolised and worshipped like gods. Now, in the 21st century, these forgotten idols are no longer with us. However, two generations ago, everyone of our Movie Stars was a household name.

We have created 250 NFT’s for our first series of 50 x 5 images of children from many nations. They are only available on Opensea at this time.

CHILDREN OF THE WORLD

We have created 500 NFT’s of 50 x 10 images of this first series of Movie Stars. They are only available on Opensea at this time.